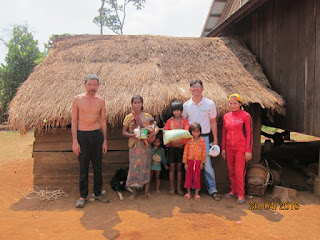 I am SAM NANG i has been here for  18 years and I knows the area well. I loves the setting here that is very different from the rest of Cambodia. It has beautiful hills and a much cooler climate. There are numerous scenic waterfalls here spread throughout the forests. i has been worked as a guide for the World Wildlife Foundation(WWF) which sent me to Indonesia to learn about developing an Eco tourism network.I am lived in the forest for three years among the Punong people and speaks their language. I am  worked for three years in an NGO orphanage. The hospitalityindustry has employed me for over ten years in this area. I have  restaurant has been operating for nine years.Life is very hard for the indigenous Bunong (hill tribe) people of this area.  They must keep doing hard labouring work even when they are old and sick to provide food and money for themselves and their families. There are no pensions or Social Security schemes.   In Cambodia families try to look after all their relatives.  But the indigenous Bunong people are so poor that the whole family struggles to survive.  Old people still have to farm the land, collect food from the jungle and sometimes walk more than 20 kilometres every day, just so that they don’t starve. so that why ?


The Elephant Community Project (ECP) is a vital part of the Bunong Project that aims to support the livelihood of the local Bunong community at  Village.
Our objective is to help them sustain by employing their own skills and knowledge about the elephants. This approach enables them to preserve their self-esteem and unique way of life.
As we strive to protect the livelihood and heritage of this minority against the rising urban development and increasing competition within the tourism industry, we are equally aware and conscious of the impact it all has on the forests and its inhabitants.

ECP is an ECOLOGICALLY RESPONSIBLE initiative. We take every care to ensure we do not leave our footprint on the environment.

Bunong people are the people originally living in Mundolkiri in community since the first times.
They were hunter and lived in the forest. They lived with the nature and environment.
The Bunong people started to use elephant like 120 years ago. Since then, they always lived with the elephants. They need elephants for transport, agriculture, farming, hunting, building their houses, carrying the bamboo trees, going thru the river during wet season, visiting the family….
They have always been living together; they have the same origins (“animism”) and are living in Mundolkiri since the beginning.They must stay together because elephants have a spirit: they know who their owner is, they have very good memory and are very gentle with the people taking care of them. One elephant lives with several families like 5 or 6. Usually the men ride them.The owner of the elephant is very strong: they know how to take care of the elephant and make sacrifices for the spirits they believe in if the elephant gets sick. Elephant can live very long with the Bunong. They know natural medicine for them and they know how to help elephant live until 100 years old.Bunong people want elephants to stay with them, they don’t want to see them being sold or rental to  or tourists places. They consider the elephants they live with like a real member of their family and can’t imagine living without them. YOU KNOW WHY ?

IF SOMETHING HAPPENS IN THE VILLAGE , THE ELEPHANT IS THE FIST TO KNOW .


According to their traditional beliefs and rules, the elephant can get sick if something wrong happens or if a member of their community breaks the rules: like if a child is expected without the parents being married. In order to be forgiven, they will make sacrifices for the elephant and the mahout which is the elephant’s rider.
The mahout and the elephant are like a real couple: they remain bonded to each other throughout their lives. The mahout must stay as pure as possible and scarifies his life to the elephant’s care : no karaok TV, no perfume, no modern things no eat big snak..... that can harm the elephant’s future.Even the new generations want to see the elephant in freedom in their community; the whole community doesn’t want the elephant to be controlled by any business or people. They consider the elephant like a grandfather or grandmother, being used to live with them ever since they were born.The times they keep them in the village is when something important happens: dies, wedding, new born : those celebrations are traditionally shared with the elephants who are a central member of the families;


WHAT THE ELEPHANT EAT EVERY DAY?

Elephants eat Bamboo, grass, bananas, lianas, ….. some of the things they eat are natural medicines for them so they stay in health naturally as long as they keep their freedom.Every month, bunong make a scarify for the elephant in order to remember their spirit and celebrate them. That’s traditional cultural for them. Celebration for elephants and for the forest to be forgiven if the elephant step or eat the forest spirits.

And that s animism. They kill chicken or pig, and do painting on the elephant. The sacrifices will only be eaten by the mahout.

WHY WE WANT TO MAKE A COMMUNITY FOR THE BUNONG PEOPLE

The tourist place and other places wanting to rent the elephants from Bunong people will make the loose of Bunong and elephant culture.We don’t want to lose that taking the elephant away from their natural environment and by taking them away from the Bunong people who would also lose their traditional culture and way of life.Our project is to support the Bunong people by allowing you to visit them and spend time with the elephants in their real environment without removing them into tourist place or other communities they’re not originally from.

Our concern is to respect the people and the animals by not changing their way of life in order for them to keep their traditional beliefs and to be able to live even though the protected forest today doesn’t allow them to hunt anymore and live from this resource.
Respecting all that, our program is made by and with the Bunong people. They offer to show you a part of their usual day bringing you to their village where you will participate to feed the elephant, wash them in the river and the waterfall and the Bunong will tell you how to take care of them and how to live among them.
Bunong people proposed to invite you to help them with the work they do every day for living, like rice collecting, bamboo cutting in order to make baskets, elephants healthiness….
You can share a meal with them and they will show you how they cook and what they’re concerned about. 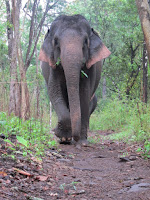 G’vat is considered as the queen of the elephant. She’s 90 years old and she survived from civil war, Khmer fights(Polpot) and has always lived with the Bunong community. She is in great shape and we expect her to live for more decades in freedom. You could meet her and enjoy a part of your day knowing her needs.Her story ; she now lives with six families taking very good care of her. She had a long and hard life as she used to be controlled by the Khmer Rouge to work in rice fields. Then, she was taken by the Polpot army to war. She used to carry the bullet war from one place to another with other elephants that were killed by mines. When she remained the only one alive, she run away to the Lao border. Realizing they didn’t see her for a long time, one of the Bunong man called G’rap called the spirit and made sacrifices for her to come back.What a surprise for the Bunong village to hear something knocking hard on the ground one month later ! G’vat was back home ! Since then, she is cherished and spend most of her time hanging aroud searching for fresh food and rest in the forest. 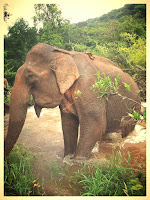 G’CHRING The elephant loves to be treated like a princess. She is around 65 years old. She weighs approximately 3 tonnes. She is owned by 20 families. She is such a lazy elephant in the wold !!! You need to put the bananas or sugarcane right into her mouth to feed her. She also don't like to swim at the waterfall and don't like  people wash her. Before she joined  the elephant communit project she worked carrying tourists at Pulong Village. She had a heavy wooden plank strapped on her back which the tourists sat on for these rides. She has other job upper tourist she need the help to carry bamboo,banana , rice ,elephant grass for help building house . Now she have the new life she can walking in the fee jungle she can eat and she have alot of fun in the nature she come back to the wild elephant again so happy....... 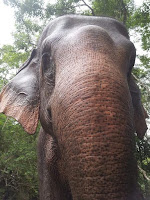 MEKUN The elephant  like to eat and never enough  . She is around 50 years old. She weighs approximately 4 tonnes. She is owned by 18 families. She is such a clever  elephant in the wold !!! when you want give  bananas or sugarcane she will come to you and she can get the smile so far about the food . She also like to swim at the waterfall and like  people wash her. Before she joined  the elephant community project she worked carrying tourists at Pulong Village. She had a heavy wooden plank strapped on her back which the tourists sat on for these rides. She has other job upper tourist she need the help to carry goods for the village people .Also she use for hunting at night and logging wood . But now she so happy to meet the tourist at the Elephant community project and so happy with the banana-tree  that tourist carry from the village and give to her . so happy when they get the free time in the really elephant again 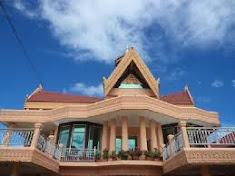